Rehearsing for The Loaded Dog

The Shiny Bum Singers are back at The Loaded Dog, this time performing one of their musicals “Rampant Bureaucracy” – a re-enactment of an important time in the political life of MP Wally Doodle leading up to a recent Federal election.  It tells a story of a failed government program complete with political grandstanding, officious advisers, hard-working bureaucrats, consultants, cover-ups and whistleblowing!
The Bums have been performing at The Dog since 2000 and very much enjoy the venue, the hospitality and great audience participation!  This will be their 11th appearance there. 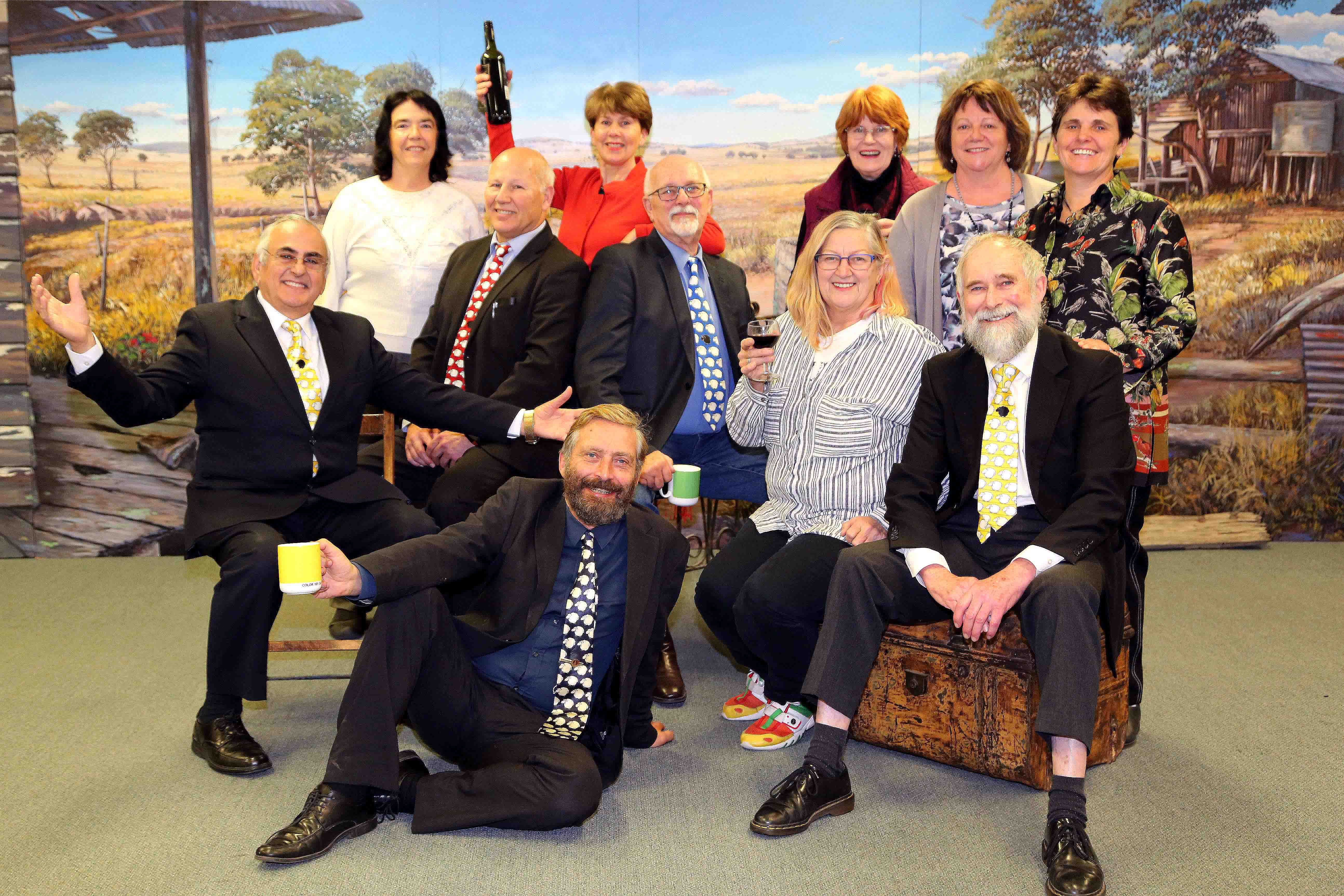 The Shiny Bum Singers rehearsing their popular musical Rampant Bureaucracy for The Loaded Dog gig while, at the same time, working hard on shining those bums (it’s the kind of professionalism that audiences really appreciate). 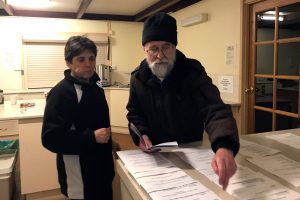 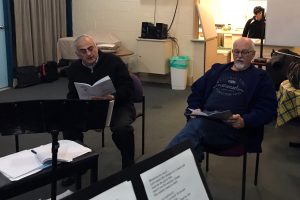 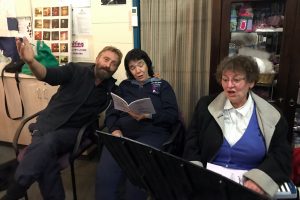 Word Is To The Minister Gone 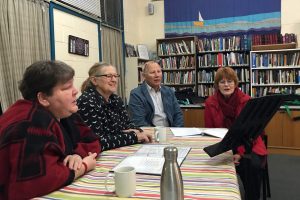 All Through The Night

The Shiny Bum Singers perform at the launch of local artist (and Shiny Bum Singer!) Margaret Hadfield’s new art space the “Artists Shed” on 16 June 2019.
Margaret has been singing with the group for almost a year and was very keen to have them at the opening – a huge crowd there and a great success! The Artists Shed is at 88 Wollongong Street Fyshwick and has multiple galleries, exhibitions and art classes. More info at The Artists Shed – Facebook 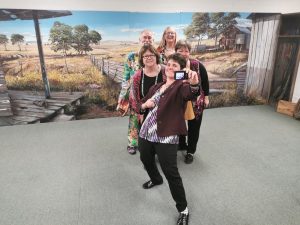 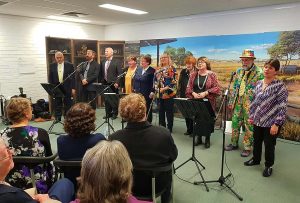 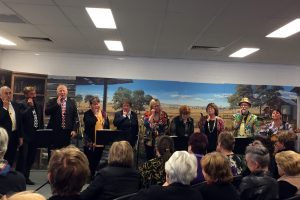 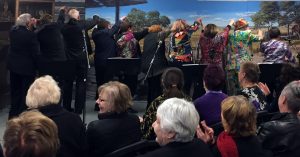 Kerry Kennedy, a member of the Shiny Bum Singers, has sadly passed away on 10 April 2019 after a short illness.

Kerry is an unimaginable loss.  He was a good friend to many and very considerate of others, and gave a lot of his time in recent years to the Shiny Bum Singers while enjoying retirement.

He will be greatly missed.  We already miss him for all he contributed to the Shiny Bums – to keep us at our best and to keep us in line!

Our very own Donna O’Brien awarded the Order of Australia Medal. 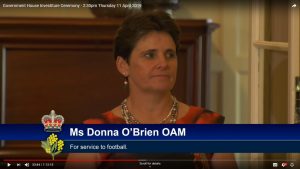 again on 1st July 2018 as fundraisers for local charities.

Here are some Images of the Day

Copyright © 2021, Parodies of the Public Service with a touch of satire. Proudly powered by WordPress. Blackoot design by Iceable Themes.